In 1989, while cruising in the Caribbean, Wengler watched a fellow cruiser drop an outboard in 26 feet of water while attempting to lift it from his dinghy. This event precipitated the development of the first outboard harness that Wengler patented in 1990.

Wengler started sailing on Minnesota inland scows and graduated to ocean going vessels as a student at MIT. Returning to Minnesota, he went from a 27 foot Hunter on the St. Croix river to Omni, a 46 foot Erickson on Lake Superior. The Great Lakes were too cold in the winter months, so Omni made the trip through the Great Lakes to the Hudson River and on to the Chesapeake, and then the Virgin Islands. It is easy to fall in love with the Eastern Caribbean and its consistent trade winds, which became home for the winter months.

After cruising in the North Sea, United Kingdom, Mediterranean Sea and a few Atlantic Crossings, Wengler returned to the Caribbean and keeps his boat in Grenada while overseeing the new OutboardLift. 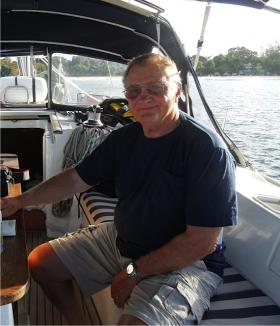